In the late 1980s very little diving was being done at the northernmost islands of Wolf and Darwin in the Galapagos Archipelago. At the most one dive boat a month might have been found in these waters.

Sometimes, local Galapagos fishermen would fish for grouper, snapper and wahoo around these islands, along with spiny lobsters. Perhaps more frequent visitors were the longline vessels of differing nationalities whose main target was the principal shark species that are found in considerable numbers throughout this area.

Within the dive community of the Galápagos, we were aware that the whale shark, Rhincodon typus, had been observed in the area, but very little was known about frequency, distribution or seasonal activity. Local fishermen spoke of the huge ¨pez gato¨ a strange white poker dotted animal that they had often just beneath the surface mostly at Wolf & Darwin.

The Galapagos Marine Reserve, which straddles the equator approximately 600 nautical miles from the coast of Ecuador, is one of the largest marine reserves in the world. Its protected waters extend 40 nautical miles from a baseline connecting the major islands, covering a total area of 130,000 square kilometers of Pacific Ocean and featuring a dynamic mix of tropical and Antarctic currents and rich areas of upwelling. Consequently, the GMR contains an extraordinary range of biological communities, featuring such diverse organisms as penguins, fur seals, tropical corals, and large schools of hammerhead sharks. The GMR has a high proportion of endemic marine species – between 10 and 30 % in most taxonomic groups – and supports the coastal wildlife of the terrestrial Galapagos National Park (GNP), including marine iguanas, sea lions, flightless cormorants, swallow-tailed gulls, lava gulls, waved albatross and three species of booby, among others. It also appears to play an important role in the migratory routes of pelagic organisms such as marine turtles, cetaceans and the world’s largest fish, the whale shark, Rhincodon typus.

Results are disseminated through peer review articles, social media, and related websites. All field activities and results are published in a field report in English and Spanish with copies circulated to all the institutions involved as well as online publication. 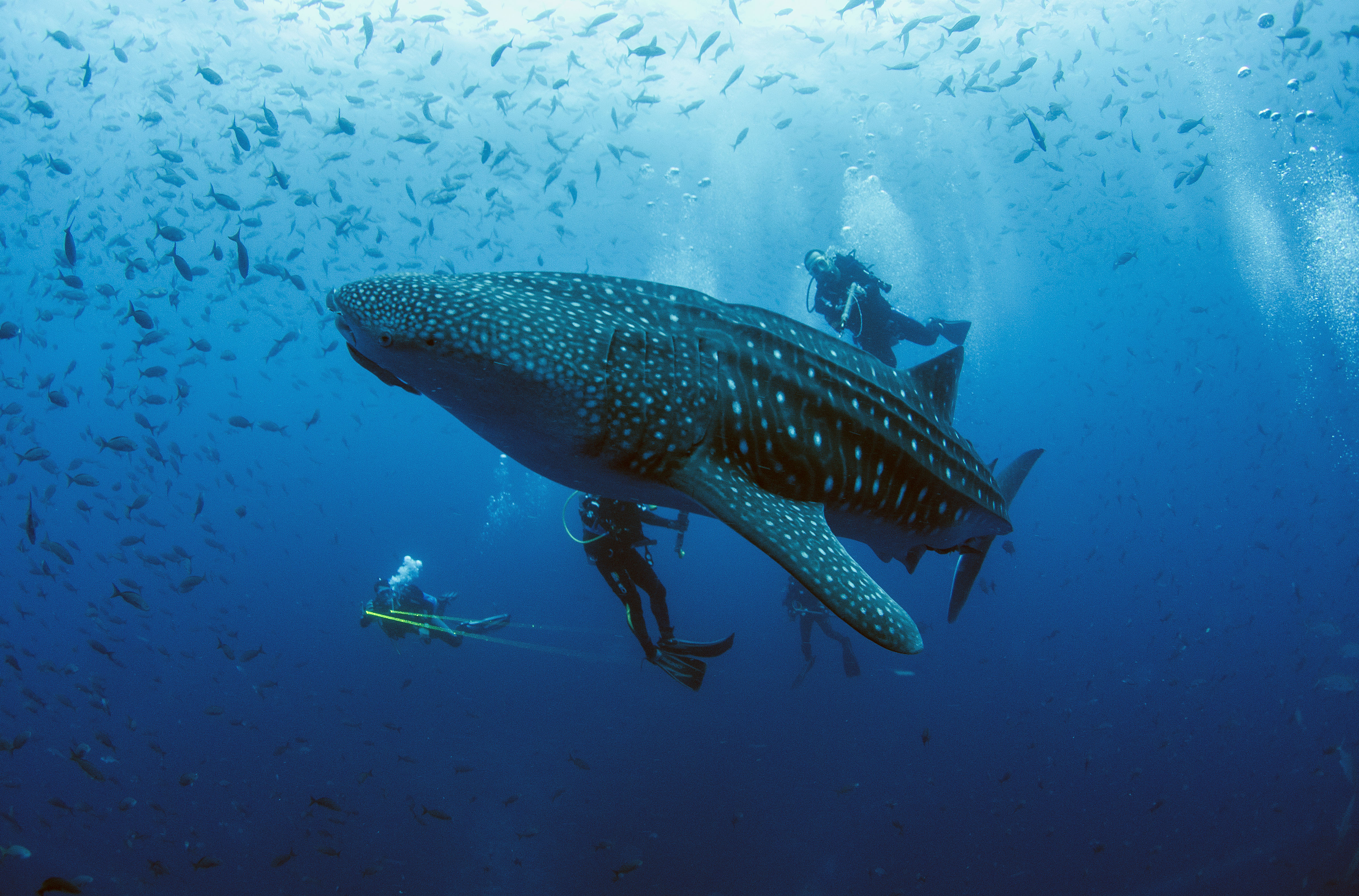